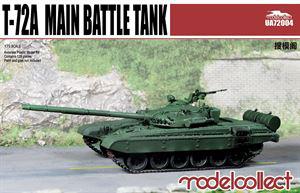 Written by Heico van der Heide on November 22, 2015 No Comments

Modelcollect is a fairly new brand in the modeling business and which I have seen growing since the start. But being a 1/35 modeler the leap into actually building something from this brand was one I didn’t quit dared to take. It always seemed nice on the pictures I saw though and when I actually acquired this kit and opened it I was pleasantly surprised.

The box itself is a nice firm box, I really like the red and white Modelcollect uses. The only downside is that the boxart is a picture of a finished model. I would rather have seen a nice drawing or something similar. But what really matters is, what’s in the box.

Instruction sheet: Printed on one piece of paper these instructions are easy to understand and should be nog problem even for a less experienced modeler. Only thing missing the painting detailing, for instance the machinegun shouldn’t be painted in the same color as the tank itself but this isn’t mentioned anywhere.

Sprue B: This is the biggest sprue in the box and contains the upper hull, skirts, some wheels and some smaller parts. There was some flash noted but the detailing is really nice. Looking at the upper hull it is hard to imagine that there can be so much detail on such a small surface area.

Sprue D: This sprue contains the turret and some parts for the turret. The turret looks nicely detailed with some cables running over it, as do the toolboxes.

Sprue E: A small sprue which holds the main gun, a machinegun  and some smaller parts. The main gun is made in one piece which is nice and both the main gun and the machinegun do have a smalle opening in the front.

Sprue L (2X): These sprues contain wheels, fuel drums, wooden logs and other small parts. You get a lot of wheels. The fuel drums look nice and the log probably will look realistic too when finished.

Metal lower hull: Wrapped in bubbly plastic and already painted in primer this is the highlight of the kit. What a gorgeous detail does this part have! This will also add some extra weight to the model which is nice.

Tracks: These remind me of the DS-tracks Dragon uses because they have the same color and look. The detail on the outer side of the tracks is very nice. The inside though could be a bit sharper if you compare it to the outer side. The attachment points are the weakest points on these tracks. Luckily you can hide these behind the skirts. Also a little flash is noted on where they were cut loose from molding.

Decals: A small sheet with a lot of different decals on it, my guess is that this is a universal sheet for a few different kits seeing Modelcollect does a lot of Russian vehicles because there is only one decal option given in the instructions, where I would like to have seen some more options.

Being a 1/35 modeler I was actually surprised be the level of detail on such a small kit and I can only be curious as to how their hopefully future 1/35 models will look like. There was some flash noted here and the tracks have their ups and downsides but in general this kit is really nicely detailed with the lower hull being a great piece of work. Taking this all in consideration I believe that we will be hearing a lot more from Modelcollect and that they will improve as they learn. I for once look forward at starting a 1/72 model and stay curious about when they will bring some bigger scale kits to the market.

only one decal option mentioned

tracks have their downsides (see text) 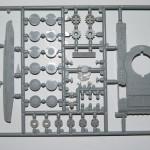 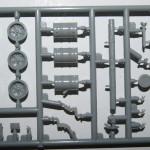 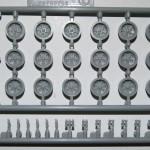 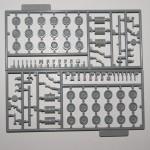 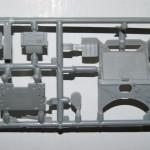 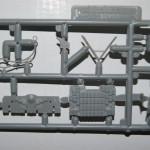 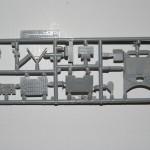 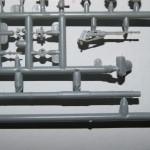 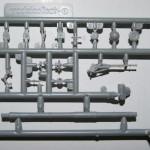 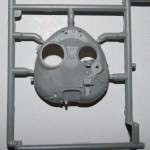 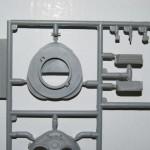 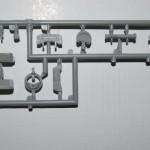 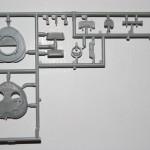 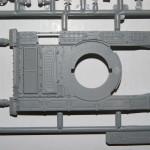 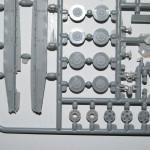 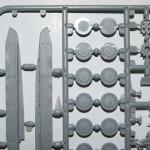 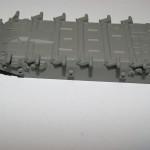 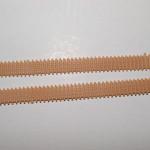 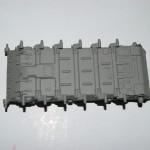 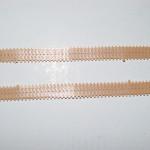 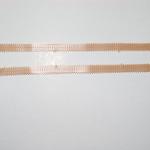 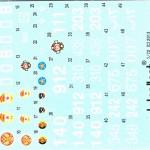