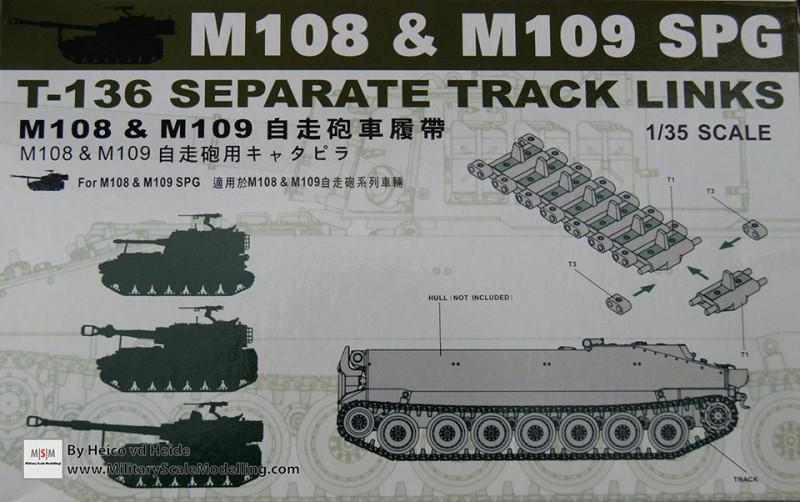 Written by Heico van der Heide on April 5, 2013 No Comments

The M109 is an American 155mm self-propelled howitzer, first introduced in the early 1960s. It was upgraded a number of times to today’s M109A6 Paladin. The M109 family is the most common Western indirect-fire support weapon of maneuver brigades of armored and mechanized infantry divisions.

The M109 has a crew of six: the section chief, the driver, the gunner, the assistant gunner and two ammunition handlers. The gunner aims the cannon left or right (deflection), the assistant gunner aims the cannon up and down (quadrant). The M109A6 Paladin needs only a crew of four: the commander, driver, gunner and ammunition loader.

Upon opening this little box by AFV Club 1 bag falls out with 6 sprues containing loose tracks.

After you’ve took them out, you go and compare them to the tracks of the kit itself, in this case the M109A2 from Kinetic. One of the first things you notice the Kinetic had link and length and the AFV Club are loose tracks. Here the comparing ends.

Although the AFV Club tracks are somewhat more detailed, there is a lot of more cleaning to do with 2 sinkmarks on the inner side of the tracks (which makes contact to the wheels) and in some of the outer parts there are little dents.

Then we put them to the test and go and assemble a few pieces. The AFV Club goes together very quick, and in no time you have got a little piece of working track. Even without glue they stick together very nicely! Then the comparing to the Kinetic tracks, as you can see on the pictures this piece of track is shorter but it took me twice as long to assemble. The linking pieces wouldn’t hold so you need to glue it to place and if you go to fast the will simply fall out place (which explains the gluemarks on them). So the Kinetic might seem as a faster assembly but the truth is, it’s not.

However the AFV Club has more cleaning up to do compared to the Kinetic links, they assemble much faster. Too bad for the sinkmarks but this probably is easily solved with some dirt and mud if you go and weather the model. 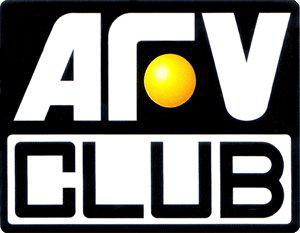 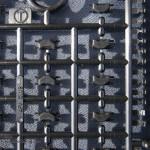 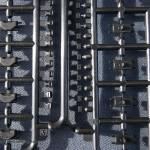 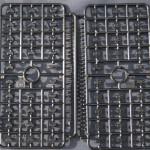 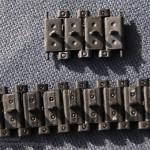 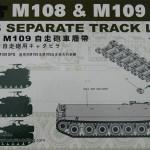