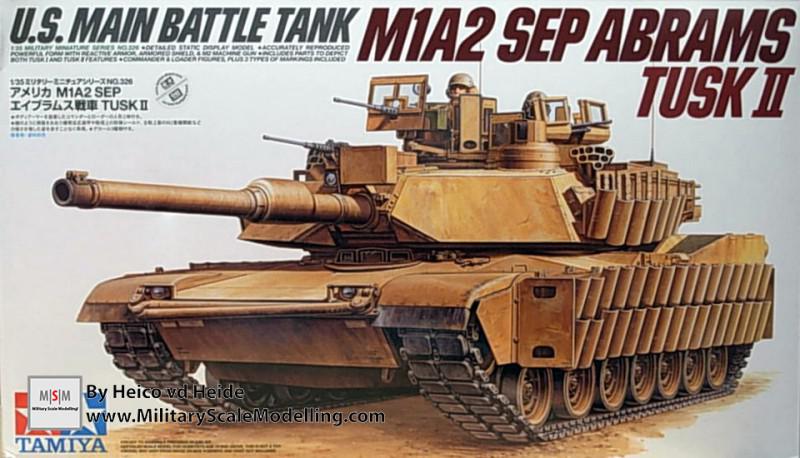 Written by Heico van der Heide on April 28, 2013 No Comments

For years if you wanted to build a more up to date M1 Abrams tank, you had to buy aftermarket sets. Now Tamiya has offered us a much easier and cheaper solution, a plastic kit that will build into a M1A2 SEP with TUSK I or TUSK II armor.

This Abrams comes in a firm box, but that’s no surprise when you buy a Tamiya kit! On the boxart and three sides there are nice visualizations of the Abrams TUSK battle tank, on the last side of the box there’s a front, rear and a side view of the Tusk II option. It gives you a great idea of how cool and full this kit will look once you are finished.

Upon opening the box you’ll see the light brown plastic that’s common on desert-scheme kits from Tamiya. What do you get?

Background information: Some extra info about the M1 and about TUSK in four different languages (Japanese, English, German and French).

Sprue A: Mainly about roadwheels, Idler, sprocket and runningwheels.

Sprue H: The upper hull and the side armour are the main items on this sprue. Looking crisp and fine. Only disadvantage noted is the lack of anti-slip coating on the hull.

Sprue J: Is mostly about the turret and turret basket. Here also a lack of the anti-slip coating. But the basket looks very nice! Easy to cut and no flash.

Sprue K: Hull armor, some armor tiles and the figures. These figures look very nice. Most of the times I don’t use the figures because they don’t look good enough but this time I think I will actually use them!

Sprue L: Some different pieces on here. The loading part of the main gun and some Tusk parts for the loader and commander.

Sprue N: Different parts, with as the biggest eye-catchers the main gun and the rear of the tank.

Sprue P: Mainly about the hatches and the CIP’s.

Rubber tracks: Looks good and most people will keep with them but for some modellers it won’t suffice and they would want track links or metal tracks. Personally I think these look good with a fairly high level of detail.

this Abrams is a very welcome addition for us modern armor modellers with just a few minor notes and the biggest of that is the non-skid coating. But other then that this probably will be another great ‘Shake and Bake’ build by Tamiya! 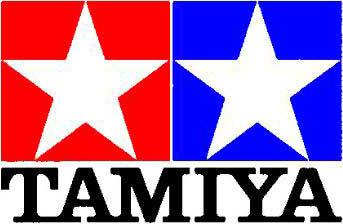 A bag with mesh netting, polycaps and a transparant plate

No anti-slip coating on hull and turret areas 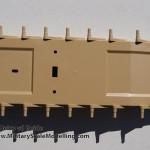 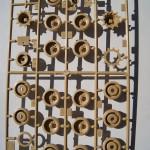 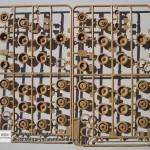 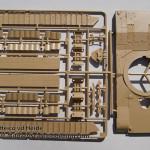 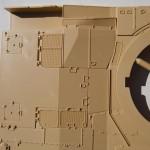 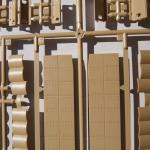 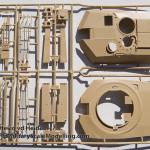 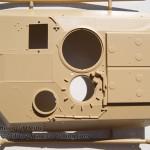 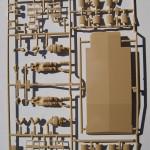 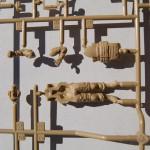 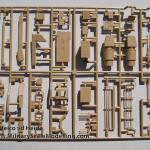 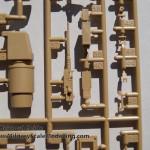 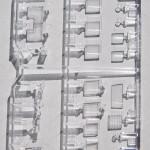 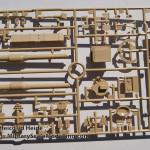 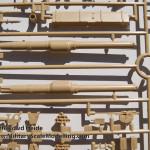 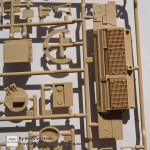 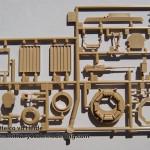 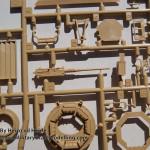 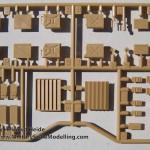 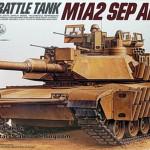 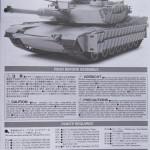 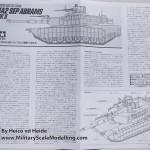 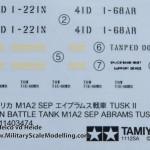 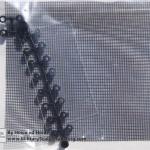 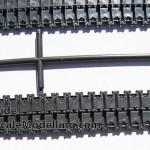 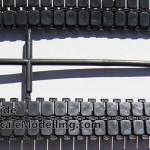 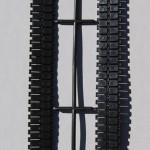