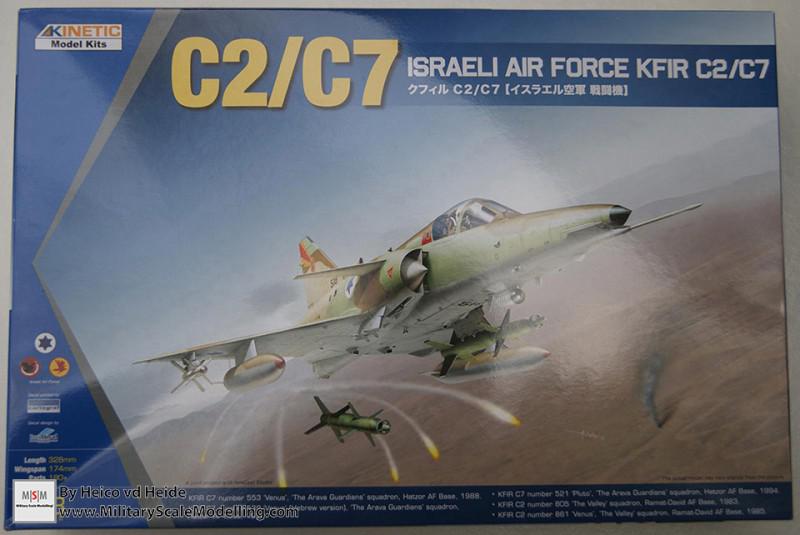 Because there are not many Kfir’s available especially in 1/48, this new Kfir by Kinetic is very welcome for a lot of IAF lovers. This all-weather, multi-role aircraft is based on the French Mirage 5. Modified by the Israeli’s with the improved J79 engine served the Israeli Air Force for many years.

When I received this box I was amazed by the boxart ( Kinetic surely does a good job in their boxarts! ). The boxart shows a Kfir C7 dropping a bomb and you see all the details of the aircraft. On the side of the box there are some reference pictures of a C7 version. The logo’s of Isradecal and Cartograf also are displayed on the box. This immediately gives hope that this project will be spot on to build an accurate Kfir.

What do you get when you open the box?

Instruction sheet: Printed in black and white looking good and detailed. But on the downside a bit crowded. Because there is so much detail in the drawings sometimes it isn’t exactly clear where the directive line ends.

Sprue C, F, G: There are two C-sprues, and the smaller F and G sprues are attached to one of them. The main parts of sprue C are the fuel tanks and the Griffon LGB. The others contain the nose-parts and some of the pieces for the cockpit. I really like the instrument panel on the G-sprue!

Sprue D: Lots of smaller parts with the cockpit-tub and the J79 engine that looks really nice!

Sprue E: Clear parts. Nice on this sprue are the upstanding pieces to protect the canopy parts.

Decalsheets: These are printed by cartograf and designed by Isradecal and look great as you might expect from Cartograf. Looking at the roundels and seeing the slight difference in white for the different versions makes you think Isradecal did their job just right.

Paintchart: Gives you two different color options. The two-toned grey for the C2 version and the cafe-au-lait scheme for the C7. In total there are 5 options to choose from:

This Kfir is an oustanding piece of work by Kinetic. It has little to no flash, good crisp moulding and a nice level of detail. Although some smaller parts look a bit simplified this undoubtedly is the best Kfir in any scale in plastic available at this moment.

Options for C2 and C7 clearly shown in instructions

Reference pictures on the box. 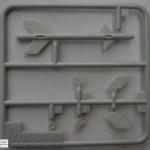 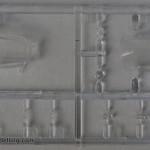 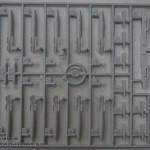 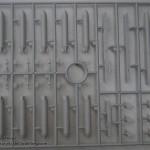 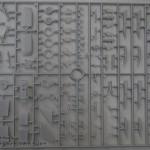 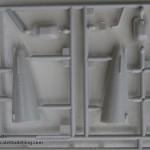 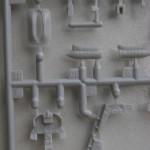 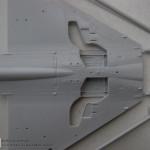 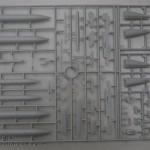 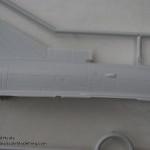 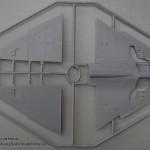 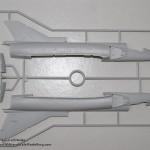 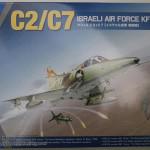 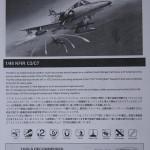 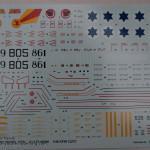 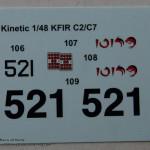 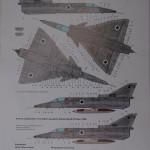 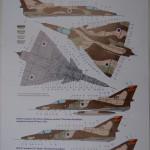