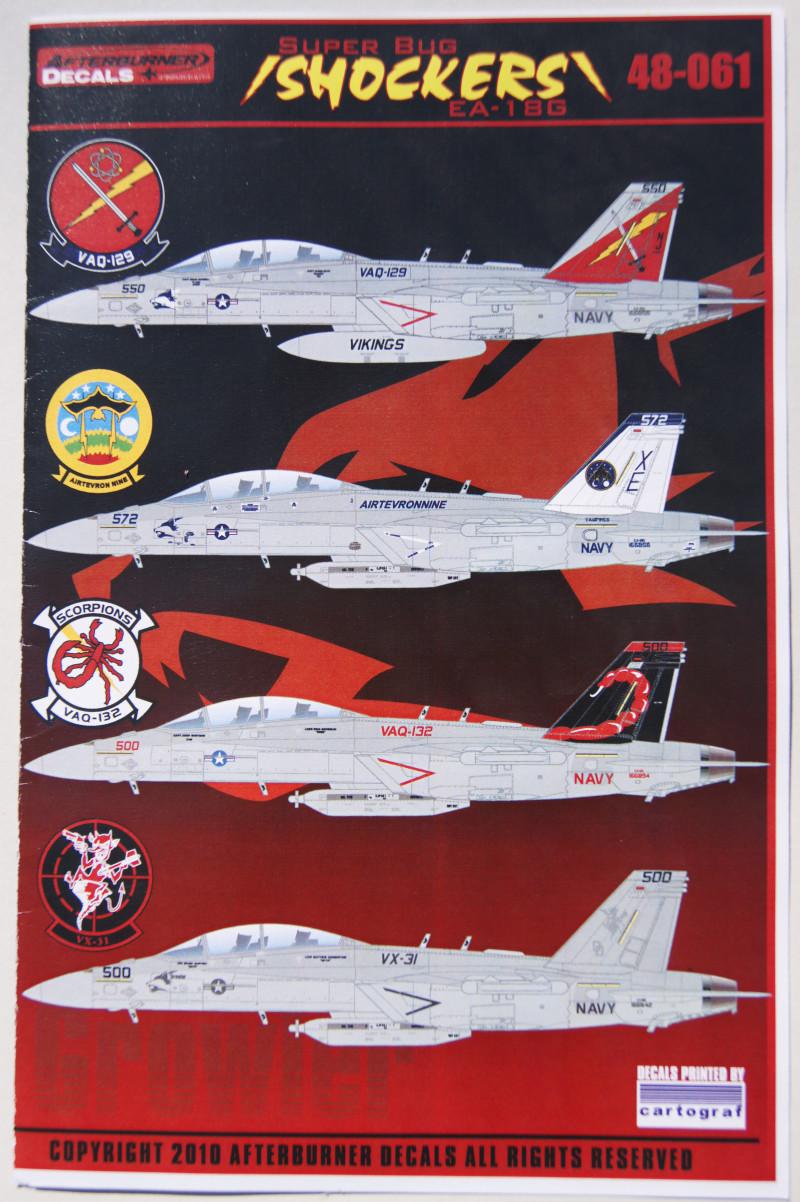 Written by Heico van der Heide on November 22, 2015 No Comments

The EA-18G Growler is a specialized version of the FA/18F Super Hornet meant for electronic warfare.  The Growler will replace the now rapidly aging EA-6B Prowler

There are a few 1/48 Growlers produced by Hasegawa and Italeri. This set allows you to make something other than the standard inbox versions. The package contains:

Option 1: EA-18G 166894 VAQ-132 March 2010. This option is perhaps the most noticeable version with the black tail and red scorpions tail and red letters.

A nice decal set with some cool options which will look nice on a model. The decals were reasonably easy to put on the model but did need some set/sol to sink in the panel lines. Minor points in my opinion are the placing of some decals, they are all over the stencils and aren’t  numbered. Also you can’t do all options because some decals are used in 2 options or aren’t there five times. 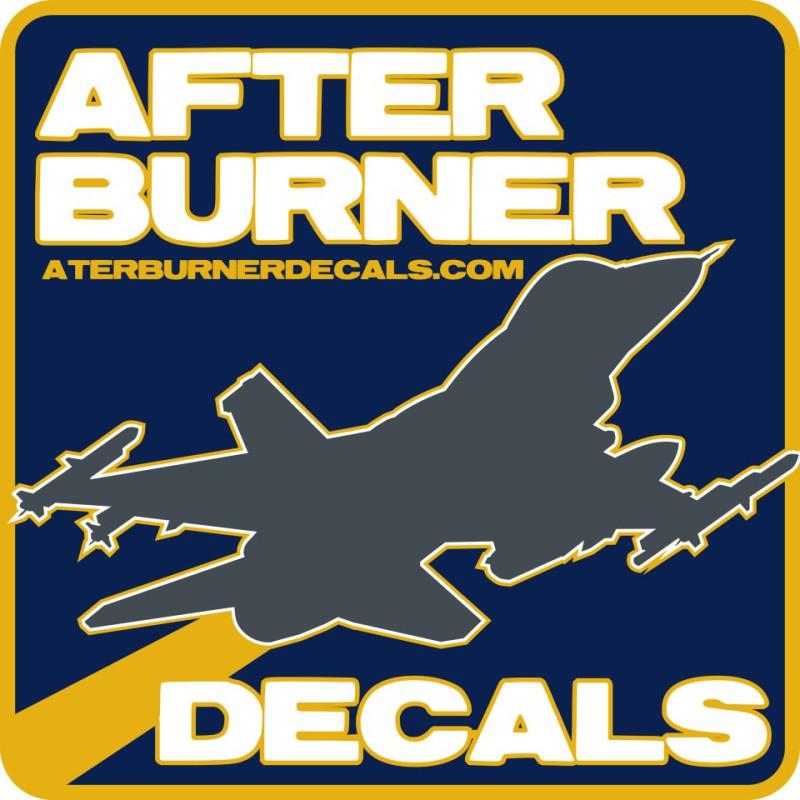 Only 2 options can be (fully) done

Stencil placement all over the sheet 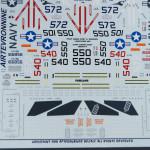 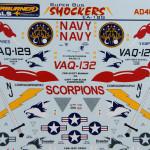 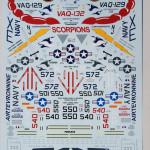 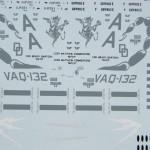 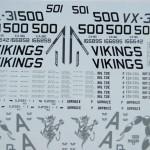 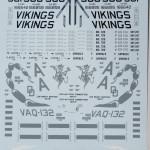 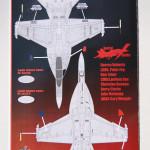 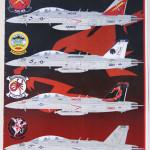 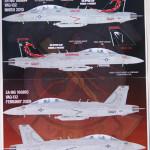 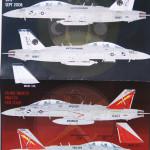 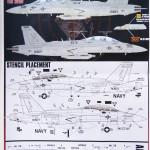 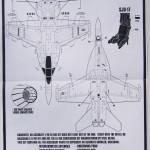